Unfortunately, Internet Explorer is an outdated browser and we do not currently support it. To have the best browsing experience, please upgrade to Microsoft Edge, Google Chrome or Safari.

A decade of societal change

We support brave voices, ideas, and actions that increase children’s influence and improve the situation for the most vulnerable children and young people in Sweden.

The foundation provides financial support to pioneering actors and organizations in civil society. We also launch and run special initiatives to strengthen the influence of children and young people and to create better conditions for the most vulnerable children and youth.

Over the past decade, Stenbecks Stiftelse has supported several hundred organizations and individuals in Swedish civil society. Stenbecks Stiftelse is a catalyst that has initiated a number of large programs. Among these is Reach for Change, which supports social entrepreneurs who make the world a better place for children. Another example is the Youth 2030 Movement, which strengthens young people’s participation and influence in society. 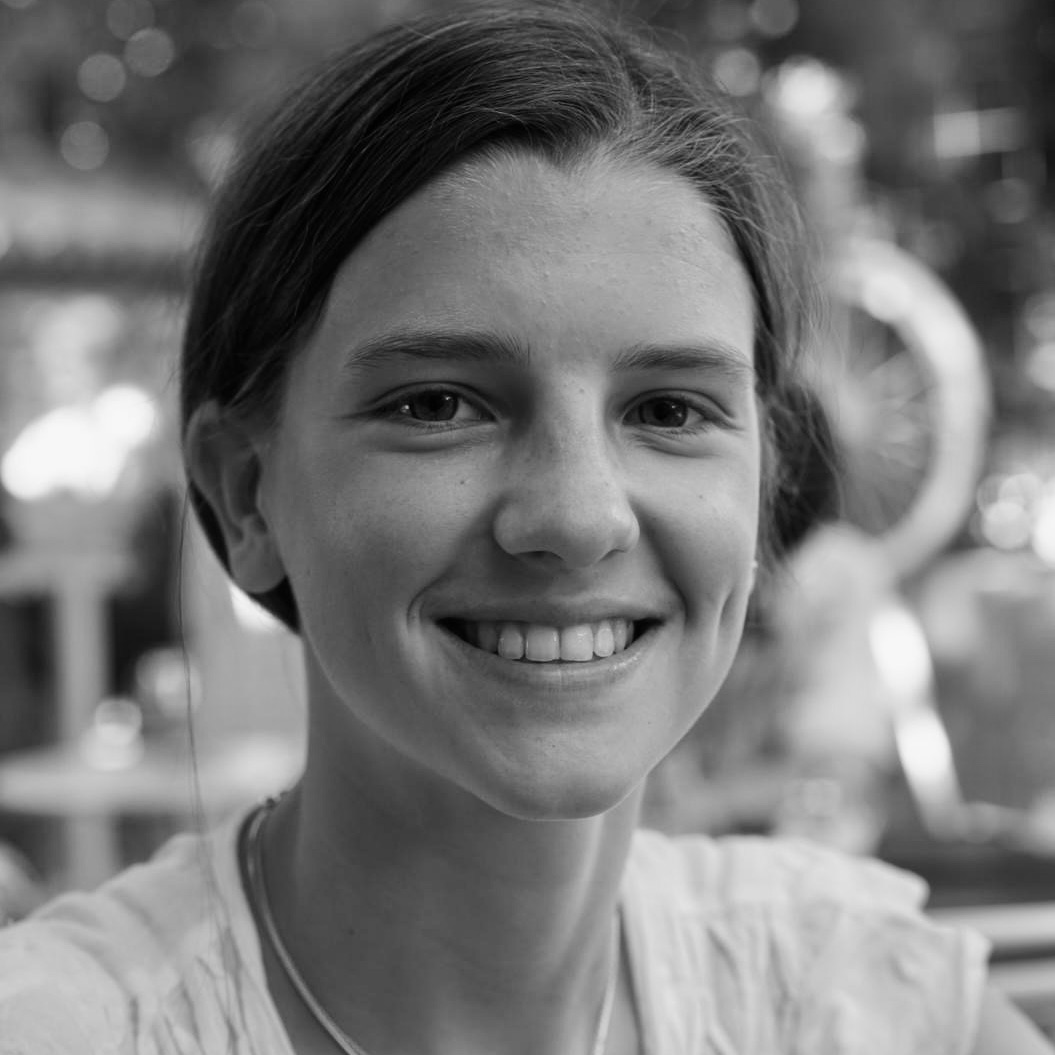 Philippa has previous work experience from, among others, Kompis Sverige, Amnesty International and Crossroads Stockholms Stadsmission. She recently completed her studies in sociology and migration. During her studies, she was involved as secretary of the University of Bath Amnesty Society and communications officer at the Oxford Migration Studies Society. 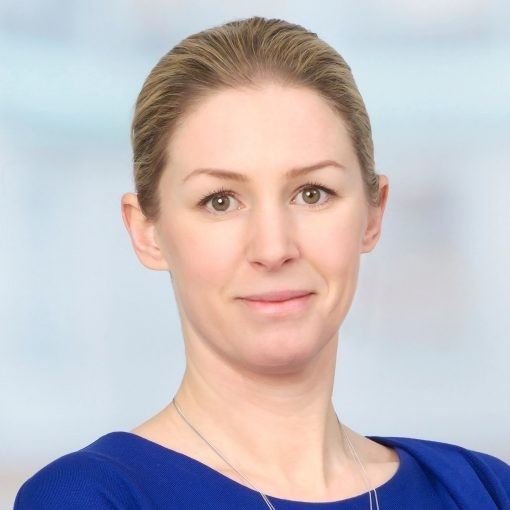 Johanna has worked with PR and communication in various areas for over fifteen years.

Johanna has worked with PR and communication in various areas for over fifteen years. She has previously worked as a PR consultant at Westander with a special focus on social debate and advocacy. Johanna also has a background as communications manager at Friends and PR manager at Blocket. 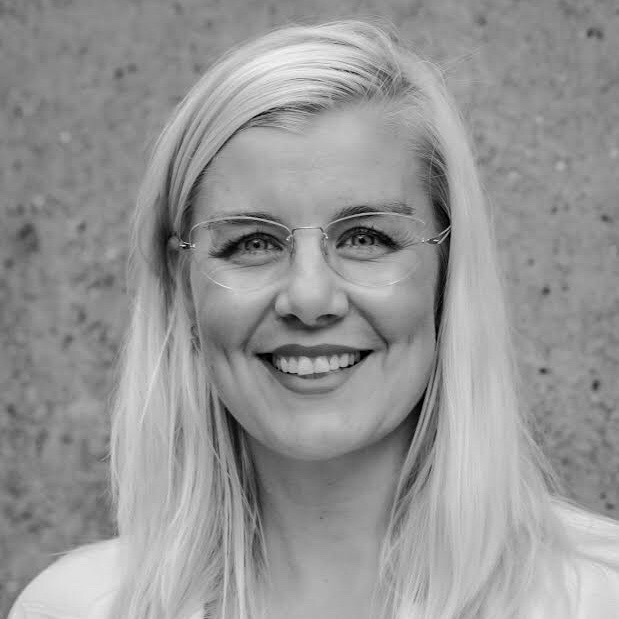 Sara Damber is one of Sweden's most prominent social entrepreneurs.  In ...

In parallel to her career as a social entrepreneur and a founder, Sara has led a number of change management projects within the government and public institutions on local, regional and national level. Besides working as CEO at the Stenbeck Foundation, Sara is the Chairman of the Board for Child 10, Friends and Youth 2030 Movement, as well as a Board Member for Järvaskolan. 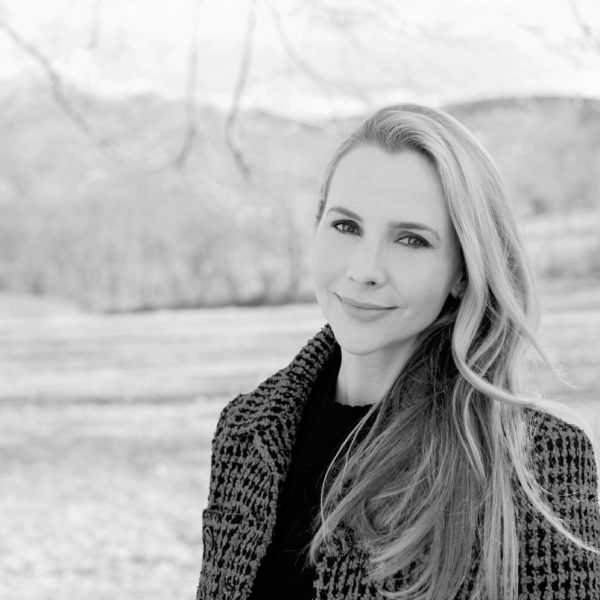 Chairman of the Board

Sophie is an active investor, a dedicated philanthropist, and the founder of the ...

Sophie is an active investor and a dedicated philanthropist. She is the founder of the SEA Foundation, which makes early investments in health, environmental and education companies, and a co-founder of Imperative, a company that creates a more meaningful and human working life.

Through her private foundation, the Sophie Stenbeck Family Foundation, Sophie supports initiatives that prevent human trafficking and strengthen the rights of children. She is also a co-founder of the Child 10 foundation and a co-founding board member of the Swedish Queen's World Childhood Foundation.

In addition to her role as chairman of the board of the Stenbeck Foundation, Sophie is an active board member of investment fund Max Ventures and media company Penske Media Corporation. 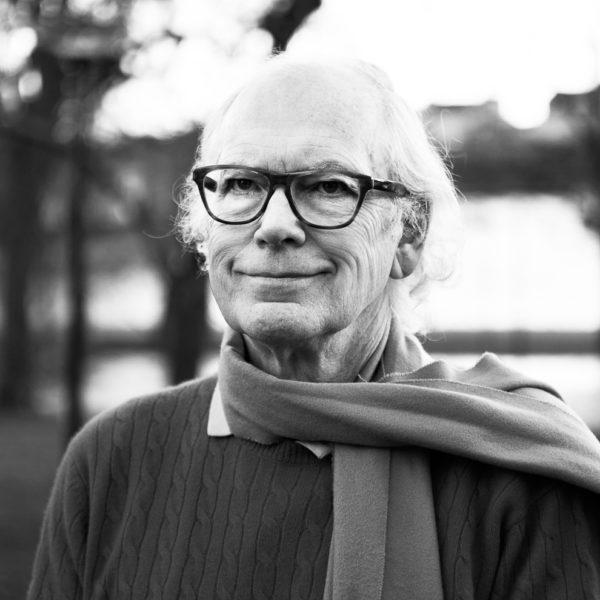 Board member and CFO

Johan Stenman has worked in the Kinnevik group for more than 50 years, and has ...

Johan Stenman has worked in the Kinnevik group for more than 50 years, and has vast experience from finance positions in a great number of companies. Johan has a strong passion for entrepreneurship as a means to challenge existing structures and to fight exclusion and injustice. As a board member, Johan is also responsible for the foundation's administration. 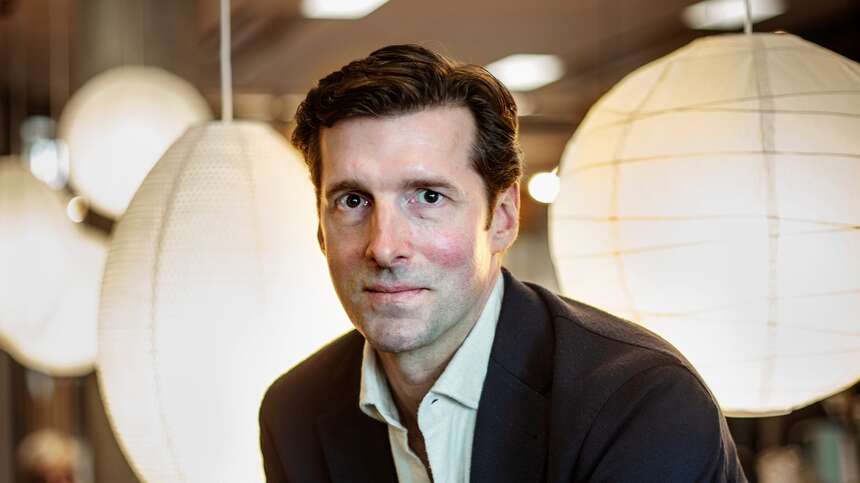 Hugo Stenbeck has a lifelong commitment to ice hockey, and he has invested in ...

Hugo Stenbeck has a lifelong commitment to ice hockey, and he has invested in several Swedish sports clubs over the years, including Malmö Redhawks and IK Pantern. As part of his commitment to sports, Hugo has initiated and run philanthropic initiatives with the aim of improving the situation for young people in southern Sweden. Hugo is a member of the board of the Stenbeck Foundation since 2018. 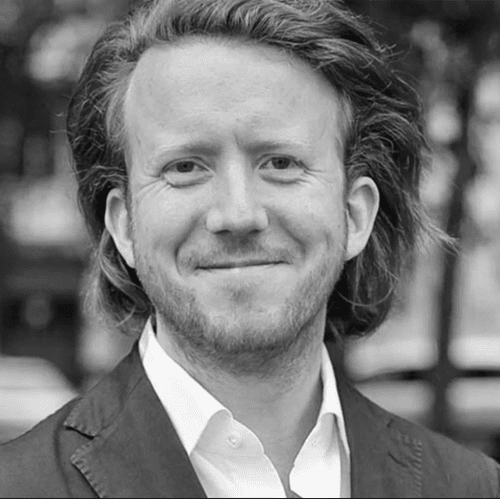 Eric is an entrepreneur with several years of experience from the media industry ...

Eric is an entrepreneur with several years of experience from the media industry, and a passion for creating engaging stories and user experiences. Currently, Eric is the Global Communications and Marketing Manager at the Norrsken Foundation. Previously, he has worked as editor-in-chief and vice president of newspapers Metro and Shortcut, and as head of DN Stockholm. Eric is also a board member and former chairman of Sweden's largest sports club - AlK Fotboll. At the Stenbeck Foundation, Eric is a board member since 2018.

The most exciting journeys and the most
impactful events often start with an unexpected meeting.

Our paths crossed for the first time in 2009. We came from very different places, both literally and
figuratively. One of us grew up in Umeå and the other in New York. Different social backgrounds, different life experiences and perspectives. But the first time we met, we realized that we were united in something much more profound than where we came from: a shared frustration and impatience with a society that is unable to show empathy for the most vulnerable.

At the same time, we shared a fundamental trust in the individual’s ability to create change, a conviction that one voice can make a difference. And that restless will to develop, to rethink, to build new – that sometimes is called entrepreneurship. Pretty soon, we had a shared goal: to make Stenbecks Stiftelse into a braver foundation.

The initiative to renew the foundation’s donation strategy came from Johan Stenman, one of the people who worked with Jan Stenbeck. The core mission that was written into the charter by Hugo Stenbeck when it was created in 1962 – to create better conditions for the most vulnerable in society - would remain intact.

But Stenbecks Stiftelse was to be more adapted to the challenges and opportunities of the present day. We were to find newer, smarter, faster, and more cutting-edge ways to make a difference – in the spirit of Jan Stenbeck.

The following year, we started putting the new strategy into action. As a first step, we launched Playing for Change (which later became Reach for Change), Sweden’s first large-scale investment in finding and supporting social entrepreneurs.

It is surreal to think that ten years have already passed since then but even more surreal to think about how much has happened. It is easy to become nostalgic when one looks back and views it all through rose-colored glasses. But the reality is that the past decade has literally alternated between hope and despair.

Leading up to the child rights summit Child 10 last year, we met Maria. She told us about her desperate struggle to get to Sweden. She told us how she finally managed against all odds, about the joy and newfound hope when she finally got to move in with a foster family in Malmö.

But she also told us how her situation only months later was shattered. She was told by her case worker at the Migration Agency that she had to be x-rayed and later that she, based on those x-rays, was assessed to be 18 years old which meant she wouldn’t be allowed to stay with her foster family.

One can't help but feel despair when looking into the eyes of Maria and all those we have met who live in similar situations.

Maria ended up on the streets.

The sense of security that she could no longer get in a foster family, she now sought from human traffickers. During the night, she worked as a hotel cleaner for 100 SEK per shift, and during the day she sold her body.

One can’t help but feel despair when looking into the eyes of Maria and all those we have met who live in similar situations. Those who are not heard, not seen, the rejected, the deported, the forgotten. Those who are affected the most when society is incapable of showing compassion, when systems become more important than empathy. Because, even if we do not want to think about it, they are out there, and they are many.

Hope, on the other hand, is found with the people and organizations fighting day and night for Maria and others like her. Those who have the courage and strength to follow their moral compass even when the costs are high, those who find new solutions when the societal solutions are not enough, those who change the systems instead of hiding behind them. They are also out there, and they, too, are many.

During this past decade, we have had the privilege to work with several hundred of them. Activists, social entrepreneurs, human rights champions, colleagues, and partners. Those who have received a helping hand from the foundation, and those who have helped us, who have inspired us, challenged us, and pushed us to become better and braver.

We have had the pleasure of reconnecting with several of them.

Their stories remind us of the difference that one person's courage and compassion can make, of how one single voice can be the spark that ignites a movement.

But they also remind us that even the most driven activist needs help to have the strength to take the fight.

We live in a time of increased polarization as societal exclusion and widening gaps challenge us all to take a stance and dare to stand up for humanity. Some of the people you will meet in this magazine are living proof that it is possible. So let’s listen to them and accept their challenge to take responsibility for the power we have and the change we want to see in the world, and to support the people around us who take up the fight when we ourselves cannot. 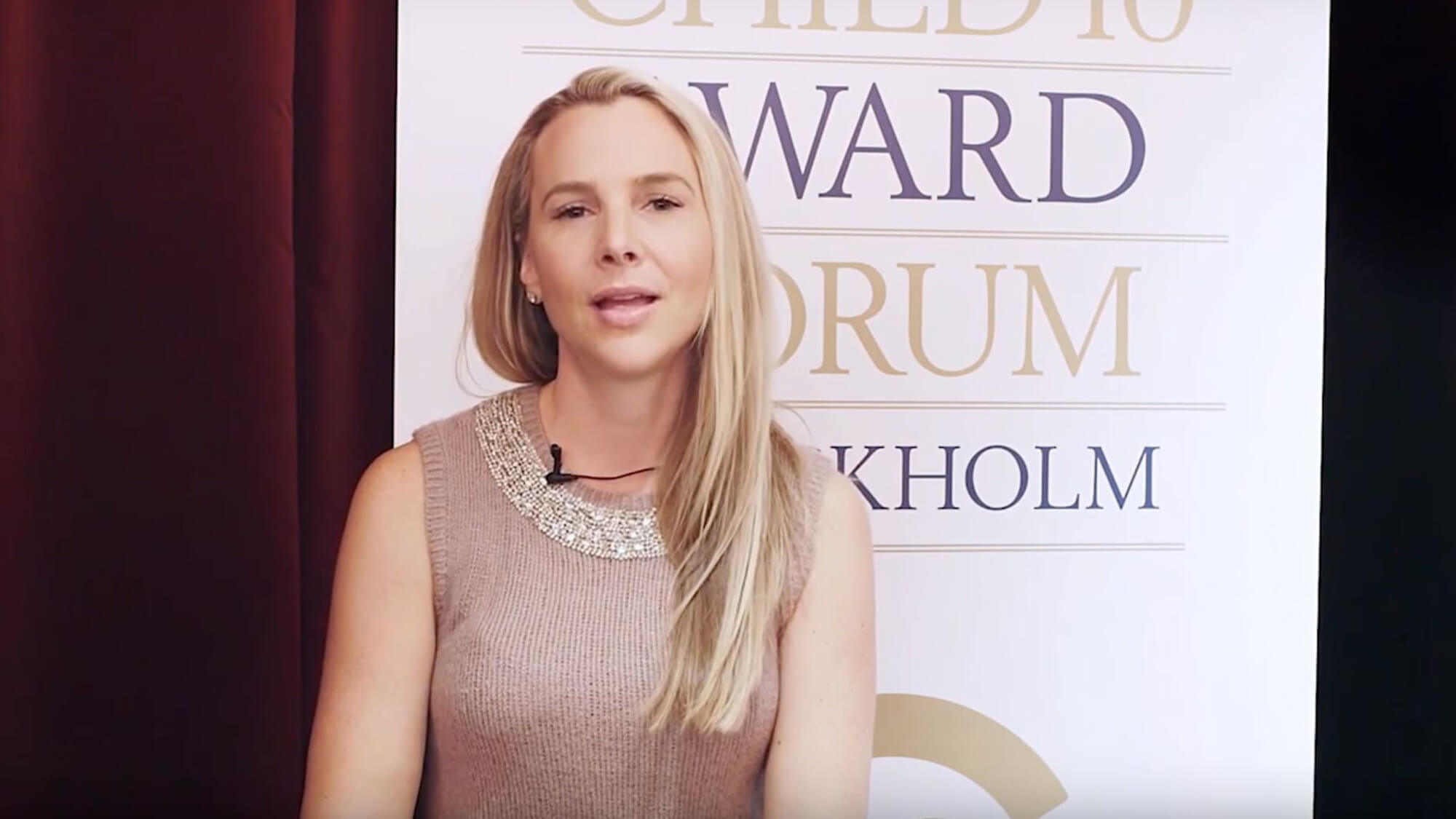